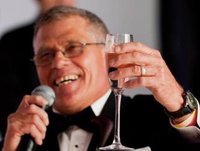 On Tuesday, June 1, 2021, John Joseph “Jack” Gallagher Jr., loving husband, father, pop, brother, brother-in-law, and uncle, passed away at the age of 63. Jack was born on August 8, 1957, in Philadelphia, PA, to Mary (Wilkins) and John Gallagher. Jack worked for the City of North Wildwood Public Works for over 35 years and also as an electrician for 45 years. When he was a sophomore in high school, Jack’s parents moved him and his siblings—Ken, Karen, Kelly, and Megan—to Wildwood, where “Prancin’” Jack played both track and football, and where he would call home for the majority of his life. After graduating from Wildwood High School in 1975, Jack became an electrician at Sawyer Electric. He also owned and operated Charlie’s Chips before moving on to work for the city of North Wildwood. Jack’s devotion to his community did not end when he clocked out from work. He was an auxiliary member of the Anglesea Volunteer Fire Company, a lifetime member of the Wildwood Volunteer Fire Company No. 1 for over 30 years, a member of the Loyal Order of Moose Wildwood #585, and a member of the GWBPO of Elks Lodge #1896. Jack’s favorite badge was “Ice Cream Man Jack” during summer months, where you found him socializing and selling ice cream on the beach. Jack volunteered at countless community and school events and regularly coached Wildwood Rec League Soccer, St. Ann School basketball, Cape Express Soccer, and he was a founding member of the Beach FC Sharks, the island’s first girl soccer team. Many community members with children of their own can remember Coach Gallagher cheering and talking from the sidelines. Jack did love to talk. Regardless of whether he knew you when the conversation began, Jack was your best friend by the end of it. Not only would he remember your name, but he would also remember your dog’s, for he was an avid dog lover and made friends with every one he saw on the island. Jack is survived by his wife, Barbara Gallagher (nee Verna), whom he married November 27, 1982, at St. Ann Church; their two children, of whom he was immensely proud, Shyvonne Pirolli and John Joseph “Jay” Gallagher III; his son-in-law, Matthew Pirolli; and his two grandsons, Matteo and Luca, the lights of his life. Jack is further survived by his siblings, Ken Gallagher, Karen Gallagher, Kelly Gallagher, and Megan Gallagher; his many nieces and nephews; his partners at Public Works; and a beloved community whom he greeted every day with a smile, a joke, and a 24 oz. cup of Wawa coffee. Mass of Christian Burial will be celebrated 11am Monday June 7th at St. Ann's Church, 2900 Atlantic Ave., Wildwood, NJ where friends may call from 9 to 10:45 am. Donation in Jack's Memory may be made to the National Alliance on Mental Illness ( NAMI)- https://namiacm.org/get-involved/donate/ or the Cape May County Animal Welfare Society- https://www.cmcanimalwelfaresociety.org/donate Condolences may be sent to ingersollgreenwoodfh.com