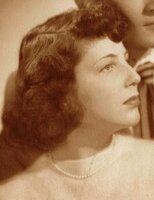 Julia ( Judy ) E. Sableski, 88, of Wildwood, NJ passed away on August 25, 2021 at home with her family. Judy was born January 1, 1933 to the Late Edward and Lillian( Ingold ) Ross in Edgewater, NJ. Judy and her late husband, Edward ( Eddie ) Sableski worked in the Amusement Business beginning in Palisades Amusement Park, moving to Wildwood in 1975. They had multiple businesses on the Boardwalk for many years. Judy was a very special lady and made many lifelong friends in her years on the Boardwalk both here and in Ireland. Judy also worked at the Wildwood Information Center for a number of years. Judy had a wonderfully dry sense of humor an d was the heart of her family. Judy is survived by her daughter Catherine Connolly with whom she lived. She is also survived by her five grandchildren, Corrie ( Dennis ) McQuaid, Louis Melillio, Julia Elia, Elizabeth ( Jim ) Wright and Lorie Melillo, who was a dedicated caregiver to Judy in this last year. Judy is also survived by six great grandchildren and eight great great grandchildren. In addition to her husband and parents, Judy was predeceased by her daughter, Evelyn ( Michael) Elia and infant daughter Nancy Ann. She also was proceeded in death by her three sisters. A memorial service will be held at a later date. Condolences at ingersollgreenwoodfh.com