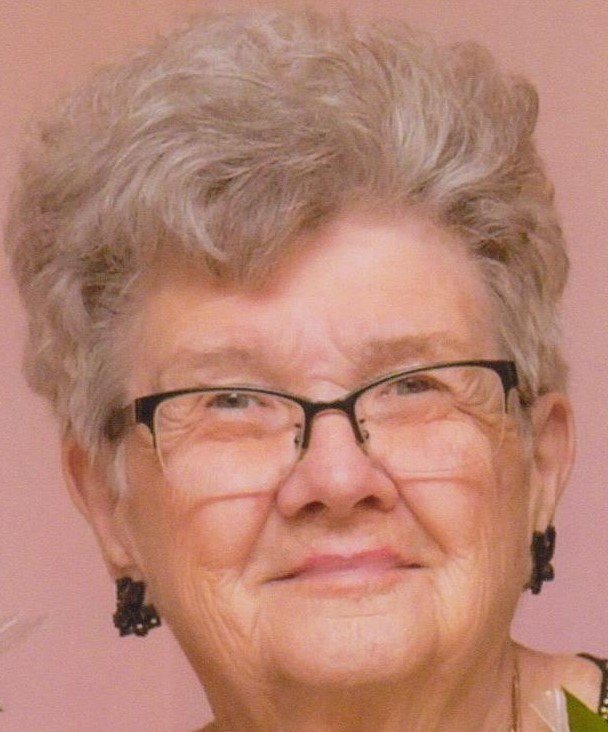 Ione M. Schultz ( Lemon) 83, peacefully passed on in her home on Tuesday, October 15, 2019 with her Family at her side to rejoin so many of her other loved ones who have previously passed on before her. Mrs. Schultz was born on June 21, 1936 in Philadelphia, PA but was a Cape May County resident, residing in both the City of Wildwood, NJ but predominately the Boro of Wildwood Crest, NJ for the majority of her life.

Mrs. Schultz, after graduating High School, met, fell in love with and married the love of her life, the late Walter A. Schultz, Sr. ( 1995) in 1959 and four (4) wonderful children were born of this union. Mrs. Schultz professed her life to her husband, family, friends, others and most importantly , Christ ( our Lord and Savior) at an early age until the day she went "home" to join him.

During her early life, Mrs. Schultz, was an extremely competent, accountable, personable and reliable Secretary for the then City of Wildwood, NJ Mayor, James. Also around that time, she was one of the " original beauties" appearing in the now-historic and " iconic" museum appearing " Wildwood" Picture which once appeared at or near the North Wildwood exit ( Exit 6) of the Garden State Parkway.

As time went on, Mrs. Schultz then became a proud co-owner of the then " State of the Art" Big Top Golf, Ice Cream, Bicycle and Entertainment Center in Wildwood Crest, NJ with her Husband, Walter A. Schultz, Sr. since its inception in 1971 until it closed in 1991.

Mrs. Schultz was also a very proud and hard-working member of the Boro of Wildwood Crest, NJ Fire Department Ladies Auxiliary through the years during which her husband was a volunteer firefighter there ( 1970-1979)

As time went on, so did Mrs. Schultz as she later became a volunteer at the Cape Regional Medical Center (Formerly known as Mrs. Schultz always recalled, Burdette Tomlin Memorial Hospital) from 1995 until 2015.

Not to slow down, Mrs. Schultz kept up the pace by working as a cash attendant, "greeter" and " mainstay" at the Little Italy Restaurant in Wildwood Crest, New Jersey for well over a period of twenty (20) years.

Over the course of her life as well, Mrs. Schultz, like some of the other members of her immediate family was a competitive, friendly and well-respected bowler for over 40 years. She was also an equally avid, friendly and loveable bingo player. Finally, she was an extremely proud supporter of the " Lady Warriors" Basketball program for Wildwood High School for well over 40 years in every sense of the words "proud" and " Warriors"

Additionally, and just as important to Mrs. Schultz, she is also survived by her " Extended Family"  At the forefront are Andy Byer ( Ann) & Diana Gant ( Brunell) followed very closely by her " Little Italy" Restaurant Family as well as many others, way too many to mention... as well her Bingo friends lead by Gail, Aggie and Rita.

Finally, and as Mrs. Schultz always loved animals ( especially dogs), she will forever be loved and adored by her little "canine" buddies, Jeter, Alex and Charlie as well as all of her other " furry-little" animal friends alike whose lives she touched through the years. Absolutely wonderous.

Arrangements have been made and are provided through Ingersoll-Greenwood Funeral Home, 1201 Central Ave., North Wildwood, NJ 08260. There will be a viewing for Mrs. Schultz at the Ingersoll-Greenwood Funeral Home in North Wildwood, NJ from 9:30 A.M. until 11:00 A.M. on Monday October 21, 2019 with a service to follow at Ingersoll's. Burial will then follow at the Cold Spring Cemetery in Cold Spring ( Cape May County), NJ.

In lieu of flowers, the Family respectfully requests that donations be made in Mrs. Schultz name and memory to either of the following: Cape May County Animal Shelter & Adoption Center, DN 501 B, 4 Moore Road, Cape May Court House, NJ 08210 or Angelic Hospice, 8025 E. Black Horse Pike, Suite 501, McKee City, NJ 08232. Condolences may be made to ingersollgreenwoodfh.com

To send flowers to the family or plant a tree in memory of Ione Schultz, please visit Tribute Store
Monday
21
October

Share Your Memory of
Ione
Upload Your Memory View All Memories
Be the first to upload a memory!
Share A Memory
Send Flowers