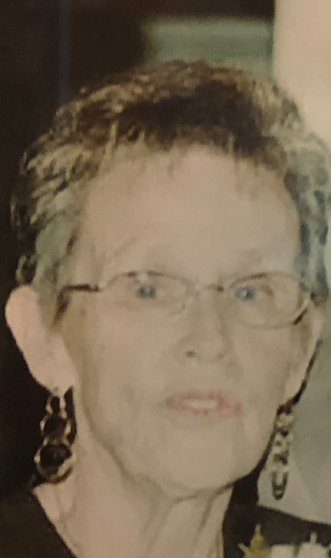 Please share a memory of Anne to include in a keepsake book for family and friends.
View Tribute Book
Anne E. Grasso (nee Humphreys) 87, was welcomed home by the Lord on August 16, 2020 peacefully at home with her family. Anne was born in Somers Point and spent many of her younger years in Atlantic City and then Audubon before settling in Wildwood Crest after spending summers there. While living in Wildwood Crest she met the love of her life, David J. Grasso, who predeceased her in 2018 after 60 years of marriage. Their life together was truly something special and rare. Left to mourn her loss are her children Gregory of Wildwood Crest, Catherine (Richard) Thomas of Deerfield Beach , Fla, Teresa of Wildwood Crest, Christa (Daniel)Loper of Cape May , Celia(Raymond) Becker of Harman, West VA and Michelle( Stephen) Wiseley of Cape May Court House. The role of grandmother and great grandmother Anne cherished so much and her grandchildren Stephanie(Adam) Bada, Bobby (Gabrielle) Mulholland , Lauren Mulholland and Morgan Mulholland along with great grandchildren Cole and Addison Bada and Trent and Maya Mulholland benefitted from her loving, fun and caring nature and will forever miss her. Anne has left behind a sister, Margaret Caltabiano of North Wales, PA. Anne ‘s parents James and Catherine Humphreys, baby daughter Mary , sister Veronica Douglas , brothers in law Mario Caltabiano , Samuel Douglas, Joseph Davis, David L. Grasso, sisters in law Eileen Davis and Charlotte Grasso, son in law Richard Weis along with many other family members and friends have all pre deceased Anne and are now rejoicing with her. Anne worked in her early days at the Bell Telephone Company but spent greatest part of her life keeping the home fires burning, something that was second nature to Anne. She was a constant to her family and to anyone whom they would bring home. She supported her children her whole life and especially any sports that they were involved in with. Her cheering, which some may call yelling, landed her the nickname “Hands Up Annie” at many a basketball game when encouraging defense from the team. Seeing Anne in a local gymnasium was a common occurrence and one of her most favorite places on earth. Anne lived for her children, grandchildren and great grandchildren and her joy was truly the time she spent with them which was evident with her smile at the sight of anyone of them. Anne was a champion game player and often used her large roster of family to compete in Scrabble, Monopoly, Rummy, or any other game she got her hands on. Anne took every opportunity to challenge the first one to come through the door to her favored game of the time. A Mass of Christian Burial to celebrate the life of Anne will be held on Thursday, August 20 at Church of the Assumption, 7100 Seaview Ave. in Wildwood Crest, NJ 08260 at 11 am. Due to the current situation of Covid 19, we will be practicing social distancing so a viewing will not take place prior to mass. Anne will be laid to rest immediately following at St. Mary’s Cemetery in Cape May. In lieu of flowers, donations can be made to the Greg Di Antonio Memorial @ 5304 Lake Rd. Wildwood, NJ 08260 whose mission is to change lives in our communities. Condolences at ingersollgreenwoodfh.com ​
To send flowers to the family or plant a tree in memory of Anne Grasso, please visit Tribute Store
Thursday
20
August

Share Your Memory of
Anne
Upload Your Memory View All Memories
Be the first to upload a memory!
Share A Memory
Send Flowers
Plant a Tree