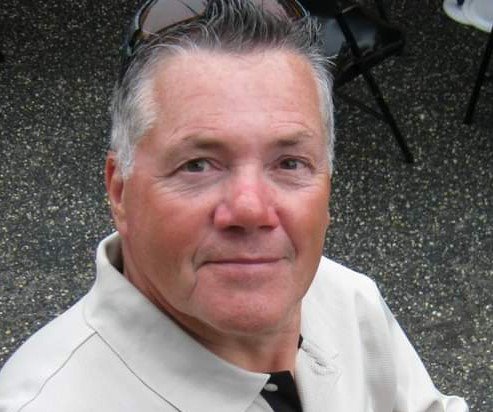 Please share a memory of Walter to include in a keepsake book for family and friends.
View Tribute Book
Walter Morrell, 68 of North Wildwood New Jersey, passed suddenly on Sunday December 27th. Born in Philadelphia, Pennsylvania on May 2, 1952. He was a local resident of North Wildwood for the last 8 years. Since living down the shore Walt has been “Living the Dream”. Walt was a dedicated school bus driver for Middle Township and helped transport Wildwood Catholic students safely each day. Not only was he their bus driver but frequently known as many families extended family. Walter’s greatest pleasure in life was spending time with his family and friends. He enjoyed building deep, long lasting once in a lifetime relationships with people. A famous quote you would often hear him say especially around the holidays was “Remember no man is a failure who has friends” Walt has many friends and family and everyone knows the fun-loving Walt was known for breaking your stones! He was an active member of Ancient Order of Hibernians, where he served as Treasurer and helped organize the Irish Fall Festival after taking over for his dear friend Jack Maley, who he looked up to as a father figure. Walt was originally from 2nd Street in South Philadelphia. After marrying Mary, he resided and was a proud resident of Grays Ferry for many years. He later relocated and raised his family in Washington Township New Jersey. Walt was a fun-loving, life of the party, movie line forgetting, wrong word music singer, breaking your stones all around a great man who truly did have a “Wonderful Life.” Walt rejuvenated his life when he decided to relocate to Wildwood with his dear wife Mary. Walter is survived by his devoted wife of 49 years Mary (Norbeck), he was a wonderful father and best friend to his 3 children Christine (John), Eric (Jillian) and Amanda (Daniel). He adored his 5 Grandchildren and will greatly miss Chayse, Skyler, Brennan, Calan, Emma and his Great Grand-daughter Avery. He was also a devoted son, brother, brother-in-law, and Uncle to the Norbeck family. He will be greatly missed but never forgotten. “Each man's life touches so many lives. When he isn't around, he leaves an awful hole.” If Walt would not have moved to North Wildwood he would have missed an opportunity to touch so many lives. A viewing will be held Saturday Jan. 2,2021 from 10 to 10:45 am at Ingersoll-Greenwood Funeral Home, 1201 Central Avenue, North Wildwood New Jersey with a service begining at 11am. In lieu of flowers donations can be made to Wildwood Catholic Scholarship Fund which gives deserving young students an opportunity to afford Wildwood Catholic Tuition.
To send flowers to the family or plant a tree in memory of Walter Morrell, please visit Tribute Store
Saturday
2
January

Share Your Memory of
Walter
Upload Your Memory View All Memories
Be the first to upload a memory!
Share A Memory
Send Flowers
Plant a Tree