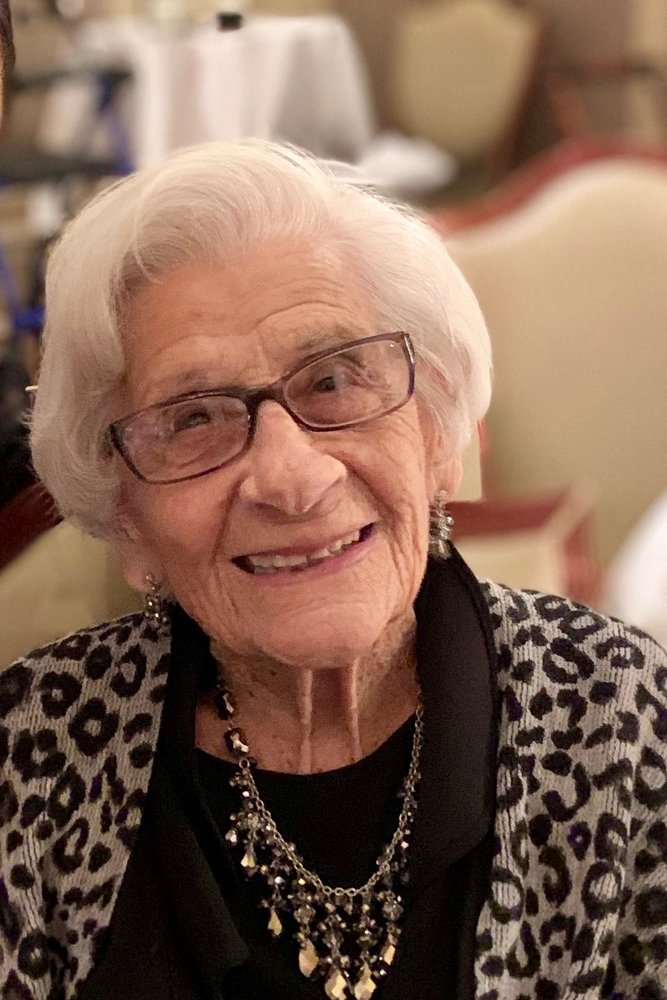 Please share a memory of Mary to include in a keepsake book for family and friends.
View Tribute Book
Mary R Rossi 98, of Wildwood Crest, passed away Saturday January 2, 2021 while surrounded by her loving family. Born in Philadelphia, Pa, she moved to Stone Harbor when she was 2 years old where she resided and attended grade school and later graduated from Middle Township High School. Upon graduation she was employed by the Naval Base Cape May during World War II. During that time she met her loving husband Ed Rossi, Sr. They married in 1947 and raised two children, Edward Jr. and Donna. She was a loving and devoted wife and mother who enjoyed living life immensely. Ed and Mary where partners in Wildwood’s popular Surf Club for 50+ years along with the late Phil and Sally Bonelli. Being active in the community, Mary was a member of a social club known as the Dominio Girls. Mary was predeceased by her husband Edward Sr., parents Matthew and Grace Vecere, siblings Madeline Dell’Uomo, Christine Neill (Edward Neill), Nicholas Vecere, Leo Vecere, and Matthew Vecere (Doris). She is survived by her son Edward Jr. (Cheryl) and daughter Donna (Ernest Jr.) Troiano, six grandchildren Ernie III (Kimberly) Troiano, Ryan Sr. (Elizabeth) Troiano, Eryn (Christopher) Chobert, Dale (Chad) French, Kel Rossi, Jeanine (Jack) Kaplan, and ten great grandchildren Ernie IV, Ava, Domenico, Ryan Jr., Gianni, Trevor, Addison, Elliott, Christopher Jr., Cora and Baby French on the way. Also survived by her sister, Grace (Bill) Buettner, sister- in-law Joan Vecere, and many nieces and nephews. Mary touched everyone’s life in a special way with her kind and loving manner and was affectionately known to all as “Precious”. Mass of Christian Burial will be celebrated 11:00 a.m. Friday, January 8, 2021at the Church of the Assumption 7710 Seaview Ave Wildwood Crest, New Jersey where friends may call from 10:00 a.m. – 10:45 a.m. Interment will be at St. Mary’s Cemetery, Lower Township, New Jersey. In lieu of flowers, donations in her memory may be made to the Lunch With Lynch Foundation at P.O. Box 1322 Wildwood, NJ 08260. Condolences may be made to ingersollgreenwoodfh.com
To send flowers to the family or plant a tree in memory of Mary Rossi, please visit Tribute Store
Friday
8
January

Share Your Memory of
Mary
Upload Your Memory View All Memories
Be the first to upload a memory!
Share A Memory
Send Flowers
Plant a Tree