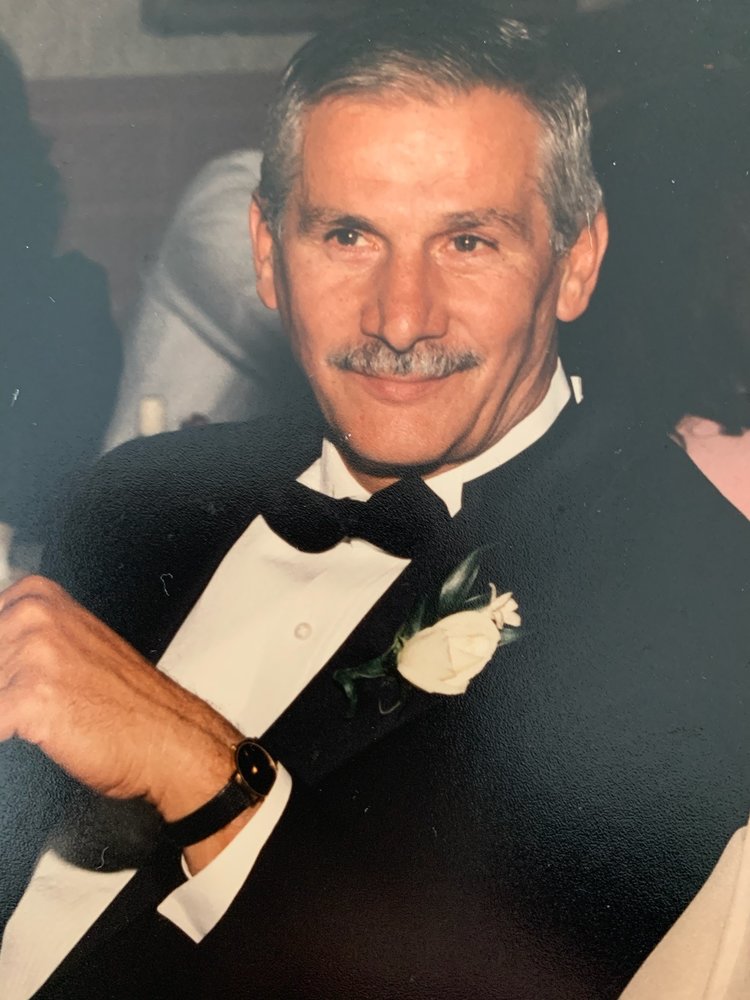 Please share a memory of Stephen to include in a keepsake book for family and friends.
View Tribute Book
Stephen L. Tomassi was born at home to Mary and Nick Tomassi on September 12,1928. Raised in Philadelphia, he went to Thomas May Pierce Grade School and Simon Gratz High School. He was always industrious, even as a boy, and so shined shoes every chanced he got. It made him very proud that he was able to buy his mother a brand new refrigerator with the money he saved! Baking at National Biscuit was one of his first jobs. Then his friend Frank Ivino was joining the army and Stephen decided to keep him company. They were immediately separated upon enlistment, however! His tour of duty was June 1947 to Dec 1948. When he came home, he found his way to the Reading Railroad where he worked as as a fireman and then engineer for 20 years. He married the love of his life, Joan Duncan in September1956. They were married for 64 years and renewed their vows on their 40th, 50th and 60th anniversaries. It was indeed a very blessed union! Starting in 1960, he promoted fights at the Cambria and was the first promoter to have a boxing match at the Blue Horizon. We can also thank him for the girls in heels and skimpy outfits holding Round Cards. Previously, they had used little boys. Stephen and Joan had six children: Stephen (Pam), Nicole, Maureen (David Packer), Carla (Kurt Marrone) Elizabeth (Kerry Hemperly), Jude (Alexa) and seven grandchildren. They moved to Wildwood in 1968. They invested in real-estate and rented apartments to visitors. In 1986, he purchased Luigi's Steaks and Hoagies from Mike Sedotti which the family operated until he retired in 2005. Stephen was blessed with innate wisdom. His even-keeled temperament was almost Buddhist. "Don't get too excited when things go your way or too upset when they don't. Just go with it, nice and easy." He was exceedingly patient. For example, he would take Joan and the girls shopping and would wait sometimes in the car for hours and never ever complain. He was content, humble and always a gentleman. But he also thought outside the box and was far ahead of his time. In 1981, for example, he proposed a Shop from Home - Delivery Service to Acme Market. A notion that is just catching on now and mostly because of the pandemic! In retirement, Steve and Joan sometimes spent the winters traveling with backpacks (on wheels of course!) all through the lovely little towns of Italy and Spain. They got as far as Singapore, Malaysia and Hong Kong one year. But Venice was his favorite. Even so, his heart was always in Wildwood because Wildwood was always home. He went home to the Lord peacefully surrounded by loved ones after a long illness on April 6, 2021 at 3:00. In lieu of flowers the family requests donations in his name to St. Jude Children's Reseach Hospital, 501 St. Jude Place, Memphis, TN 38105
Tuesday
13
April

Share Your Memory of
Stephen
Upload Your Memory View All Memories
Be the first to upload a memory!
Share A Memory