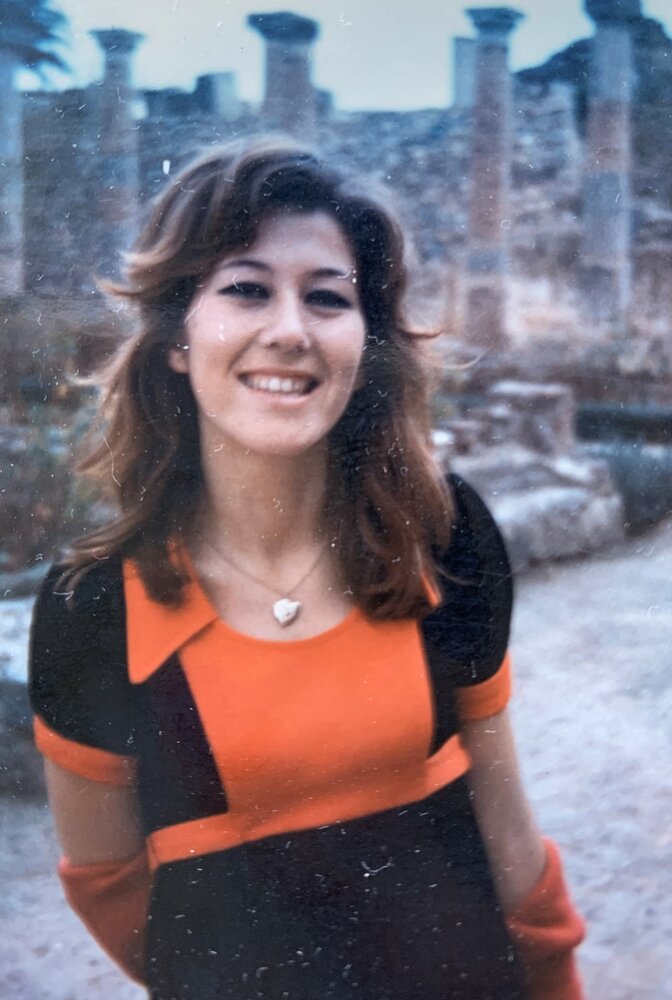 Please share a memory of Dora to include in a keepsake book for family and friends.
View Tribute Book
Amador� Rodrigu� Mila� Basar� Dora has finally rejoined with her little abuela Isabel in paradise . Born in Sevilla, Spain she was raised along with her brother Vincente and numerous cousins by her grandparents. Called Pimpona in her neighborhood, she attended convent school and cosmetology school before coming to the United States to vacation with one of her aunt’s family. Arriving November 10th 1970 ( Marine Corps Birthday) while walking the Wildwood boardwalk met a young Marine surfing the winter waves. She claimed love at first sight. After three years of courtship despite deployments and unusual separations, they married, and after another deployment spent forty eight interesting and exciting years together. Besides being the best of moms and a hot wife, Dora worked many venues in the area. The Trylon motel, Cork n Bottle, Peter Vincent’s , Yellow Cab, Trump Plaza and was the last head hostess at Zaberer’s prior to the fire. She even worked a Wildwood beach umbrella stand wearing a thong with her three kids in tow. She She was also the best backup for her husband when he was a fudgy wudgy man. Many know her for her outstanding Jewish apple cakes that she made during Thanksgiving and Christmas how strange. She also spent many hours volunteering in St. Ann’s School in the kitchen, Spirit squad, chaperoning field trips and other events. Dora’s memory continues on with her husband Richard, daughter Elizabeth and her husband Todd and their daughter Isabella, daughter Jennifer and her husband Jimmy and son Nicolas and the storm sisters Avery and Irelyn , son Jonathan and his wife Ellie and their daughters Madison and Charlie.Also their are numerous cousins of hers throughout the country. In Espana, her brother Vincente and his wife Maria Jose, their son Michaelangelo and their daughter Beatrice and her husband Hector and their sons Hector and Ruben and the too many to name cousins and their families. Formalities and remembrances will be at an undetermined time in accordance with her husband, government scheduling and Jack Daniels.
To send flowers to the family or plant a tree in memory of Dora Basara, please visit Tribute Store

Look inside to read what others have shared
Family and friends are coming together online to create a special keepsake. Every memory left on the online obituary will be automatically included in this book.
View Tribute Book
Services for Dora Basara
There are no events scheduled. You can still show your support by sending flowers directly to the family, or planting a memorial tree in memory of Dora Basara.
Visit the Tribute Store
Share A Memory
Send Flowers
Plant a Tree