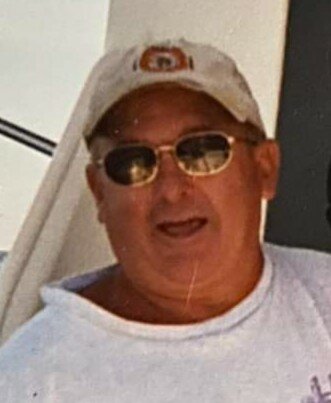 Please share a memory of Tom to include in a keepsake book for family and friends.
View Tribute Book
RITCHIE, TOM EDWARD, passed away on January 24, 2022 at the age of 71. The first of three children born to Edward (Sug) and Eleanor Ritchie, Tom arrived on February 21,1950 at Shore Memorial Hospital. A resident of the Wildwoods his entire life, Tom graduated Wildwood High School class of 1968. After graduating, Tom briefly attended Marshall University in West Virginia and Glassboro State Teachers College in New Jersey. Realizing college was not his calling, Tom embarked on his own career path, initially working for Buckingham Brothers Builders for several years before securing employment with Atlantic City Electric for a career that would span almost 33 years. Starting as a meter reader and eventually "earning his hooks" as a lineman, Tom was very active with the IBEW Local 210, serving as a shop steward for many years. From 1977 to 1983, via a contract with the City of Wildwood, Tom's Beach Chair and Umbrella Rentals blanketed the Wildwood beach from Cresse to Youngs Avenue. On February 1,2006 Tom retired from Atlantic Electric, envisioning many years of days on the beach or on the water fishing. Unfortunately, he sustained life altering injuries in a freak accident less than six weeks after his retirement, and by his choice, never spent a single day on the beach or out on a boat fishing as his injuries prevented him from experiencing the pleasure. While fishing was his passion, he enjoyed watching and rooting for the Phillies and Eagles. Having a cold beer (with a huggy of course) and eating spicy foods also gave Tom pleasure. Combining either the Phillies or Eagles with the cold beer and spicy food was paradise for him. Tom is predeceased in death by his parents, Edward and Eleanor Ritchie and is survived by his brother Steve Ritchie (Lynda), his sister Judy Conner (Bill), his nephew Ryan Ritchie (Jacquelyn) and his great niece Jayde Ritchie. A service will be held on Thursday February 3rd at Ingersoll Funeral home in North Wildwood. Friends may call between 10am and 11am. At Tom's request, attire is to be casual. In lieu of flowers the family requests you make a contribution to your favorite charity. Condolences at ingersollgreenwoodfh.com
To send flowers to the family or plant a tree in memory of Tom Ritchie, please visit Tribute Store
Thursday
3
February

Share Your Memory of
Tom
Upload Your Memory View All Memories
Be the first to upload a memory!
Share A Memory
Send Flowers
Plant a Tree