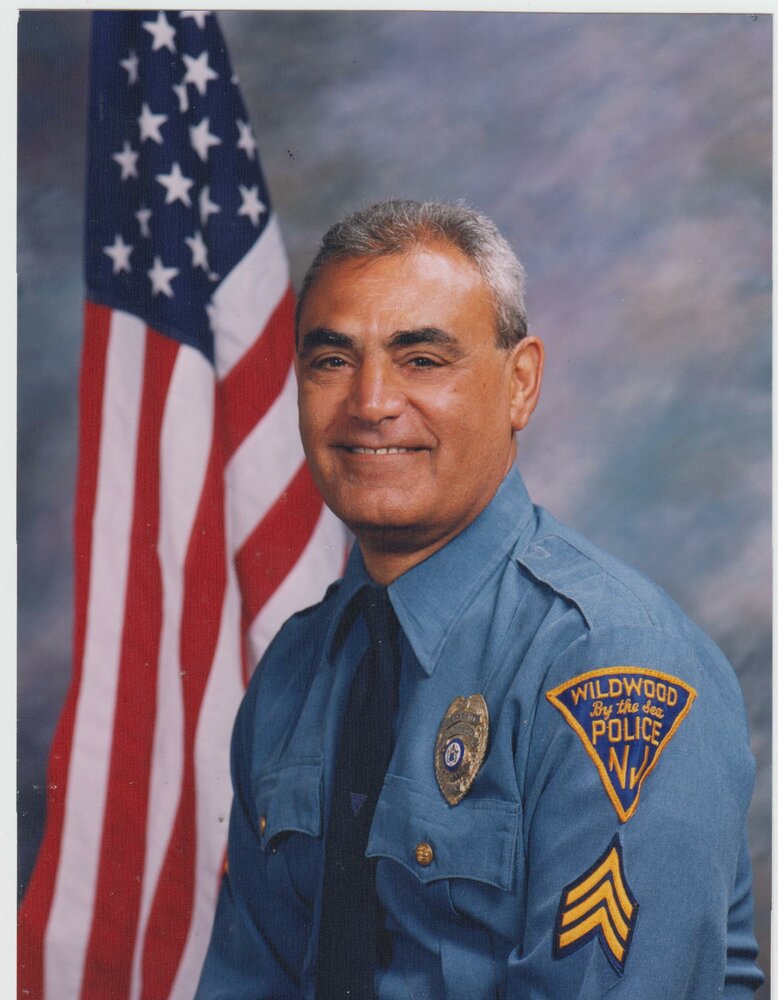 Obituary of Dominic A, Romeo, Sr.

Please share a memory of Dominic to include in a keepsake book for family and friends.
View Tribute Book

His family moved to Wildwood in 1945 & he graduated from Wildwood Catholic High School, Class of ’56. Rome served his country honorably in the US Army, 1957-58

Rome joined the Wildwood Police Dept. as a summer cop, serving from 1959 – 1961. During the summer of ’61 Romeo met Beverly Hansen on Pacific Ave. in Wildwood.

They were engaged by September and married in January, 1962. Their union would produce four sons, Dominic, Jr, Joseph, Christopher & David.

They established a loving home on W. Andrews Ave in Wildwood that would become a welcome refuge to many Wildwood kids & Police Officers over the years.

Rome was active in coaching youth football & baseball in the Wildwoods while his son’s were growing up. He was very active in Special Olympics & the Annual Polar Bear Plunge in Wildwood.

Romeo was a life member of the Pine Ave Volunteer Fire Company. He was also a member & past President of Cape May County Fraternal Order of Police, Lodge 7. He also served the NJ State FOP as second VP from 1982 – 2012

On June 21st, 1962 he was appointed as a full time officer with the WPD and as fate would have it, he was partnered with Patrolman Al Love and the team of Romeo & Love was born. This pairing drew the attention of “Ripley’s Believe it or Not”.

Rome was promoted to Sergeant on June 27th, 1970, serving until his retirement on May 1st, 1992. During his career, Romeo mentored many young officers, teaching them what community policing was all about. His compassion & leadership would benefit many officers over the years.

He is fondly remembered & will be sorely missed.

In lieu of flowers & if inclined, please send donations to St. Jude’s or The Special Olympics.

To send flowers to the family or plant a tree in memory of Dominic Romeo, Sr., please visit Tribute Store
Tuesday
7
June

Share Your Memory of
Dominic
Upload Your Memory View All Memories
Be the first to upload a memory!
Share A Memory
Send Flowers
Plant a Tree