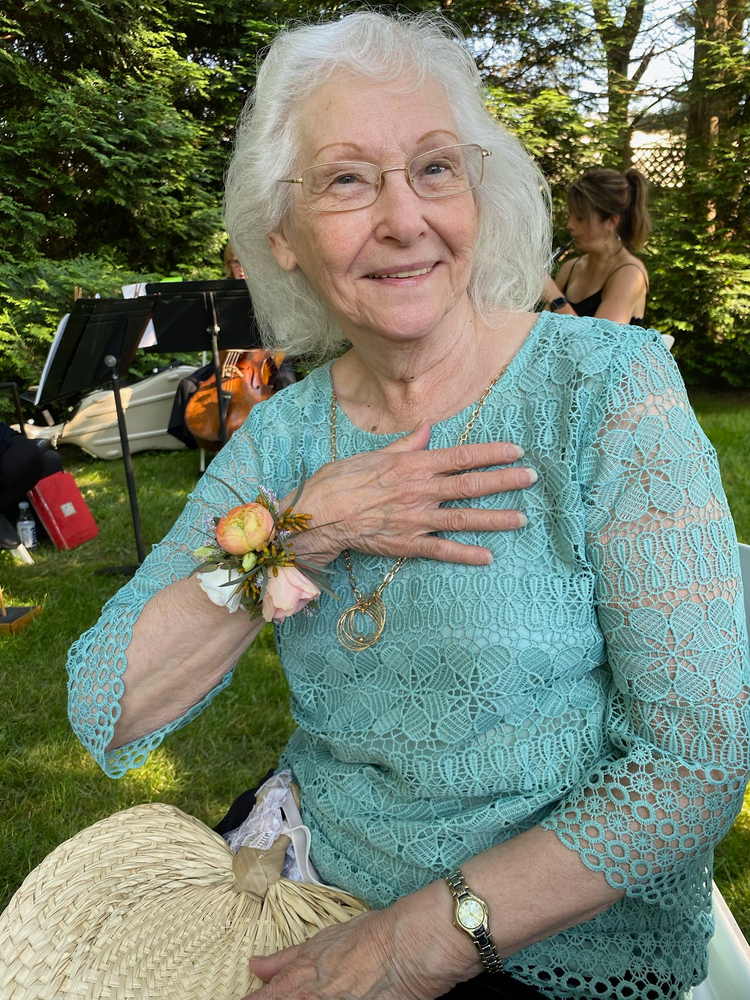 Please share a memory of Shirley to include in a keepsake book for family and friends.
View Tribute Book

Our dear mother, Shirley June (Mooers) Morrison, 88 of Rio Grande, NJ, peacefully passed away in her sleep on Wednesday, June 22, 2022. She had recently celebrated her birthday with friends and family, and danced happily with her fellow residents and staff of the Pelican Pointe Nursing home in North Cape May.

She was a wonderful mother and grandmother who was loved by all. She also had many friends and was a well-loved member of the community, first in Wildwood beginning in 1959 and then at The Gatherings in Rio Grande since 2007. Born at home in Goshen, NJ on June 20, 1934, Shirley was a life-long resident of Cape May County. She graduated from Middle Township High School class of 1952, and married Edgar “Ted” Morrison (deceased) in April of 1956. Shirley and Ted were the former proprietors of Morrison’s Music store in Rio Grande, and Morrison’s Bakery on Wildwood Avenue where they raised their four daughters. Shirley was a member of First Baptist Church of Wildwood where she loved singing in the choir. Shirley worked for many years for Bell Telephone before retiring in 1996. She was an active member of Bell Telephone’s Pioneers of America.

To send flowers to the family or plant a tree in memory of Shirley Morrison, please visit Tribute Store
Wednesday
29
June

Share Your Memory of
Shirley
Upload Your Memory View All Memories
Be the first to upload a memory!
Share A Memory
Send Flowers
Plant a Tree