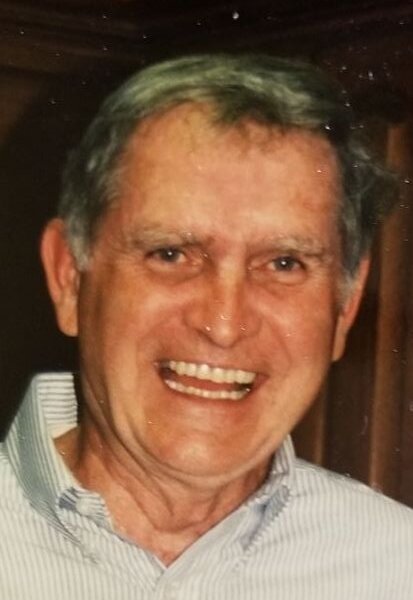 Please share a memory of Thomas to include in a keepsake book for family and friends.
View Tribute Book

Thomas Jerome Fitzgerald, 85, of Vineland, and long-time resident of Wildwood Crest, passed peacefully on August 18, 2022 after a long illness.

Born 1936 in Jamaica, Queens, New York, the youngest of four sons born to the late William and Margaret Fitzgerald. Raised in New York City until his mid-teens, Tom attended Christian Brothers High School on an academic scholarship before the family moved to Vineland, where he completed his high school education at Sacred Heart High School. After graduation, Tom enlisted in the U.S. Marine Corps and reported to Parris Island. He distinguished himself through his service to earn a merit-based selection to the NavCad program, through which he attended flight school and earned his wings. He completed his first aircraft carrier landing at the age of 21, and served honorably at various posts, including Lebanon, Cuba, and Panama. He maintained his love of aviation throughout his life and his private pilot's license into his 60s.

After his discharge from military service, he earned his Bachelor's and Master's degrees at Rutgers University. After achieving his professional licensure as a Certified Public Accountant, he accepted a position with Haskins & Sells in Philadelphia. Subsequently, he became Treasurer of Maul Brothers, Inc. in Millville, NJ, for which he traveled globally in oversight of their international operations, and later opened a successful accounting practice with offices in Cape May and Wildwood.

In 1979, he married Janet Weber with whom he previously worked at Haskins & Sells in Philadelphia

. Among the traits for which he will be remembered are his tireless advocacy of education, his love of music and theater, his passion for restoration of classic cars, his notable lack of shyness in sharing his terrible singing voice, his booming laugh, and inimitable wit.

He is survived by his wife, Janet Fitzgerald; children, Jessica (Colonel Sam Mowery, USMC(Ret), Meghan and Adam (Corey Revoir); grandchildren, Carys, Ryan and Kiera; sister-in-law, Pat (Dechan) Fitzgerald; and several niblings and great-niblings. Along with his parents, Thomas is predeceased by his brothers, Bill, Martin and Richard Fitzgerald.

To send flowers to the family or plant a tree in memory of Thomas Fitzgerald, please visit Tribute Store
Saturday
27
August

Share Your Memory of
Thomas
Upload Your Memory View All Memories
Be the first to upload a memory!
Share A Memory
Send Flowers
Plant a Tree